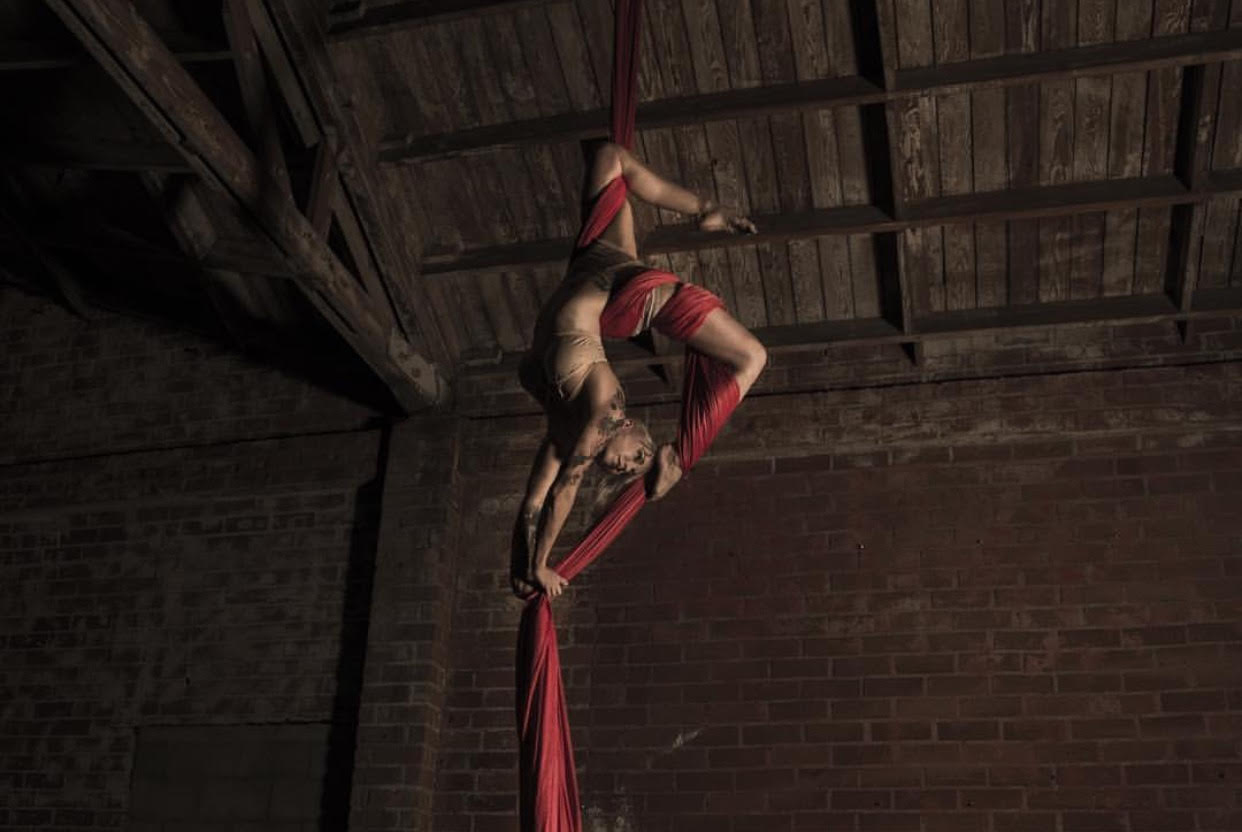 Erika has had a passion for the performing arts and circus since childhood. Growing up she was not permitted to dance, however she competed on her high school varsity swim team. In college the opportunity to dance finally arrived. Erika began taking ballet consistently for two years, but sadly had to quit temporarily due to the loss of her mother to cancer. Soon after Erika decided to follow her original childhood dream and finally set foot into the circus world.

At 24 she found her first aerial studio and since then has been training regularly in Lyra and Silk at various studios in Hollywood and with private coaches in Las Vegas, as well as training on her own in Orange County. Her coaches have included Terry Beeman, Olga Pikhienko, Ginger Ana Griep, Leslie Vaughn, Rebecca Fruend, Sarah Romanowsky, as well as several others.  Erika has worked as an aerialist/ circus performer for Fire and Ice Entertainment, ABCs The Muppets, Blue Martini Ball, 333 Live, production club and various venues across the OC and LA Area.

She’s a writer; when she was 8 she started writing and never stopped.