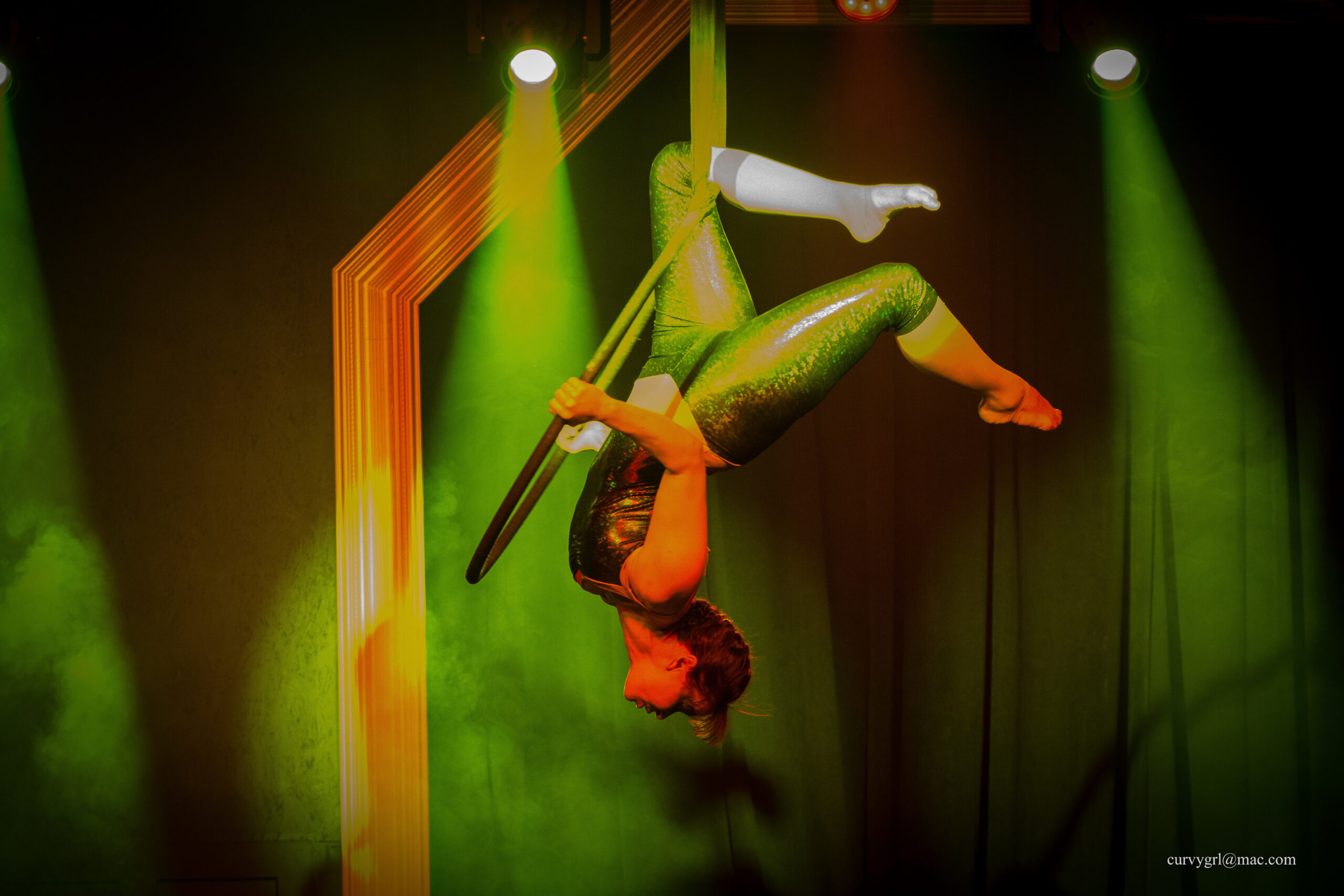 Renee burst onto the performance scene at age 4 with a sassy catwalk down her hallway in her mothers boots, and the world has been her stage ever since.
Growing up, she trained in voice, dance, and theater, attacking each one with her trademark “all or nothing” intensity. However, it was in 2012 when she first discovered aerial, that she really found her niche. Renee spent two years training and performing with A-WOL Dance Collective, before moving to coaching full time. Since then she has been teaching at several local studios, as well as spending a year as the head coach for Premier Cirque in Vancouver. In 2019, she spent two weeks training at an aerial intensive in Ireland, studying lyra, sling, acro, and vertical dance. She is well versed in multiple apparatuses and styles, but her first love will always be lyra, which she has been training and performing on for almost ten years.
With a dynamic performance and coaching style, Renee loves finding surprising new ways to share her art, and help her students find their own artist voice.

Renee loves to travel! She has been to ten different countries on three different continents.